The night Parliament to burnt down 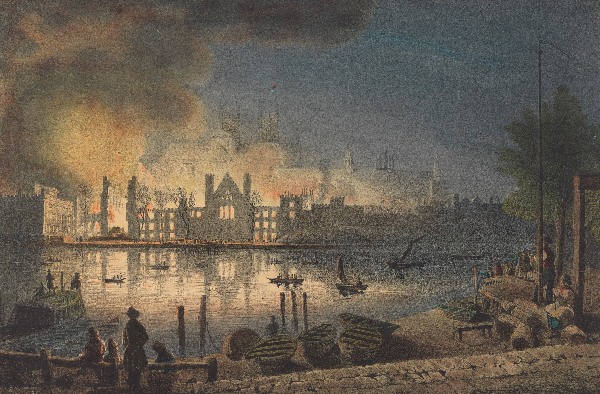 The Destruction of Both Houses of Parliament by Fire, Oct. 16 1834.
Image courtesy of Yale Center for British Art PD

On 16 October 1834, the Palace of Westminster, or the Houses of Parliament as it is also known, was destroyed in a great fire. For centuries the medieval building of the Palace had been altered and improved on to cope with the changing demands of Parliament and its business, but plans to demolish the whole building and rebuild it were not acted upon.

Before the calamitous fire there were a number of warnings that the existing building was unfit for purpose and presented a fire risk. Many medieval timbers lay hidden under a stone exterior, and the interior was covered with plaster. This was despite experiences over the centuries which had shown that timber buildings could quickly catch fire and be destroyed. The Great Fire of London being the best example.

The cause of the fire was an object used in accounting: a Tally Stick. These were narrow sticks of hazel or ash wood on which notches were made by the Exchequer to record a payment made to the Crown. They were simply a receipt. The stick would be split in two and one handed to the payer. For auditing purposes and confirming payment, if fitted together the notches would then tally.

The Exchequer stopped using tally sticks in October 1826. Once they were no longer required there then began the process of destroying or giving the away unwanted tally sticks for firewood.

On the day of the fire, Richard Whibley*, the Clerk of the Works, directed two labourers, Joshua Cross and Patrick Furlong, to burn a quantity of tallies amounting to two cart loads in the furnaces which provided under-floor heating for the House of Lords. For almost eleven hours they threw the brittle dry tallies into the furnaces without any apparent consideration as to the heat being generated. 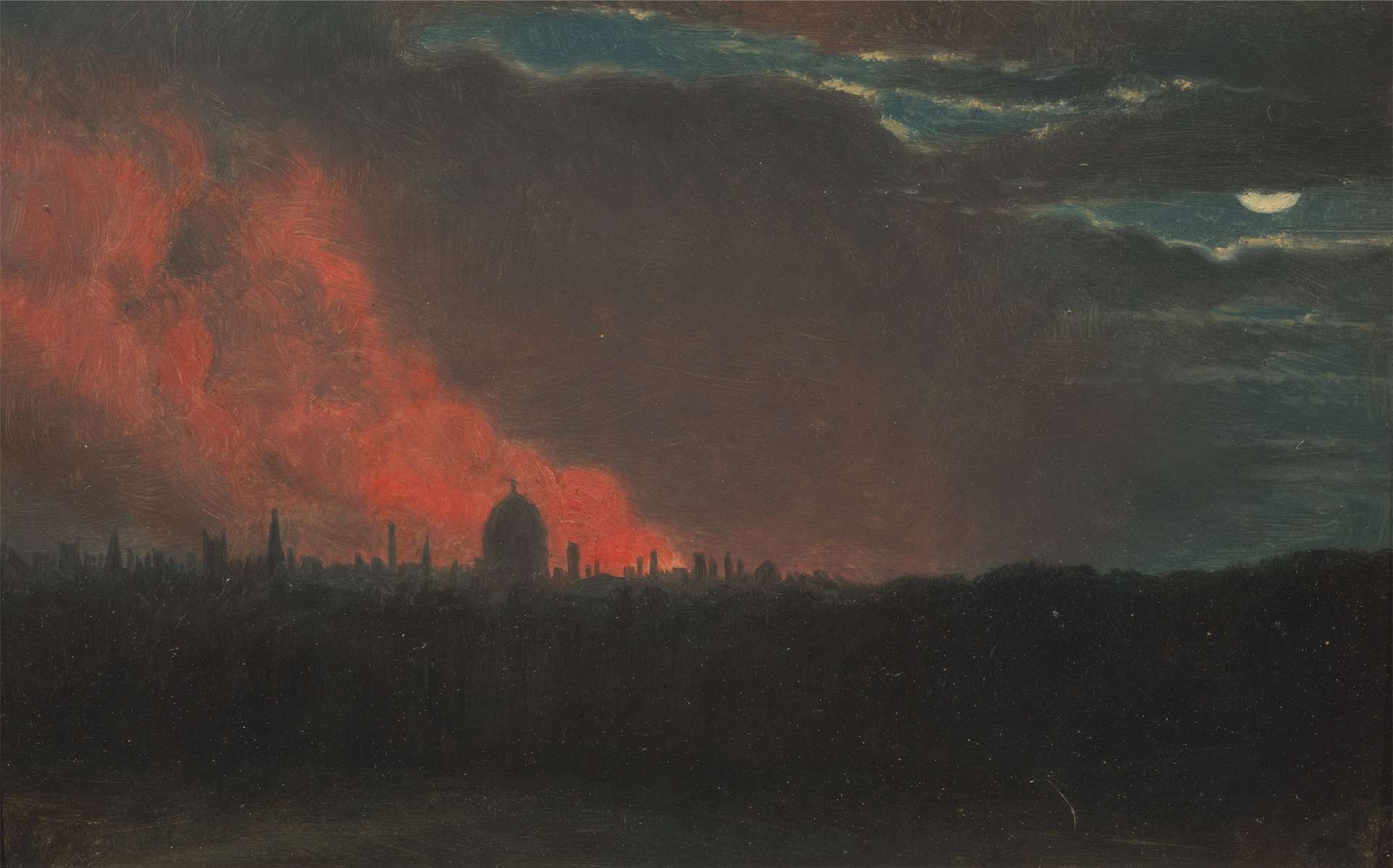 Parliament on fire as seen from Hampstead.
Painting attributed to John Constable. Courtesy of Yale Center for British Art PD

By late afternoon smoke was circulating through the building and a hot spot was discovered in the House of Lords. A short while later a fire started in the room near Black Rod's box and it spread rapidly throughout the Palace.

The fire equipment of the time was rudimentary, and with the help of a strong wind, a huge conflagration took over the Palace. Only a change in wind direction prevented Westminster Hall and a few other parts of the building from succumbing to the flames.

A multitude of spectators gathered to see the spectacle, lining the banks of the Thames and using boats and barges to gain the best view. The police and army had great difficulty in controlling the crowds, many of whom were enjoying the spectacle of Parliament burning down.

The subsequent Lords of the Privy Council inquiry found that labourers had displayed carelessness and inattention. Extent of the destruction of the Palace (in dark grey). Print PD