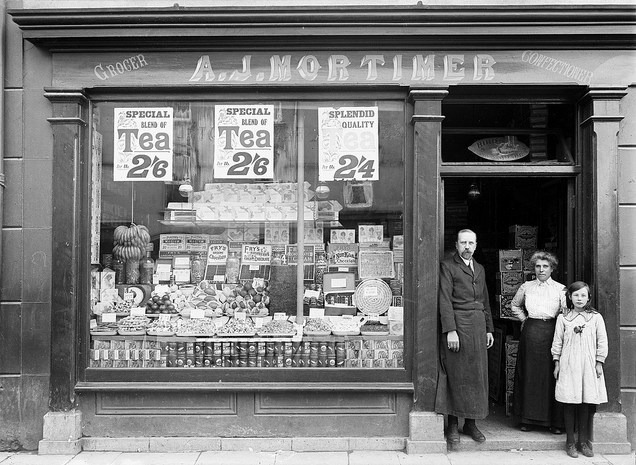 How much is the tea?
Image courtesy of National Library of Ireland on Flickr NKCR

A guide to pre-decimal British currency for the family history researcher.

The British currency was decimalised in 1971. For many starting out researching their family tree there may be confusion about the old money and references to it in documents, letters, and other historical sources. This is a brief guide to the currency which you are most likely to come across. Each of those highlighted in bold were represented by a coin.

The monetary units were Pounds, Shillings and Pence. The pounds are represented with the symbol £.

and sometimes with a letter l after the amount.

Next we will look at the penny. There were 240 pennies in a pound. When written the penny was often shown with d. after the number of pennies.

Or as pence or one penny. here's an example with all three uses. 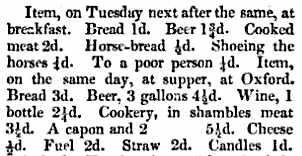 Next comes the shilling. 12 pennies equalled one shilling. Shillings were indicated by an s. after the number of shillings. In this example a person had given 2 shillings to the poor for bread. A penny's worth of bread for each of the 24 people.

Put them all togther and you end up with example amounts of £ s. d. shown in this Victorian arithmetic book The Tutor's Assistant. Read the book to find out more on arithmetic with pre-decimal money.

Apart from the coins mentioned above in bold. There were a number of other coins in circulation at various times.
Threepenny piece = 3d.
Sixpence = 6d.
Florin = 2s.
Half-crown = 2s 6d.
Crown = 5s.
Guinea = £1 1s. Withdrawn in 1813, the term was still used in documents and accounts until decimalisation.

Various amounts of money and coins were given slang names in various parts of the country - far too many to mention here. If you come across a strange term then a quick Google search will probably reveal the answer.