Did my ancestors sleep in a Model Lodging House? 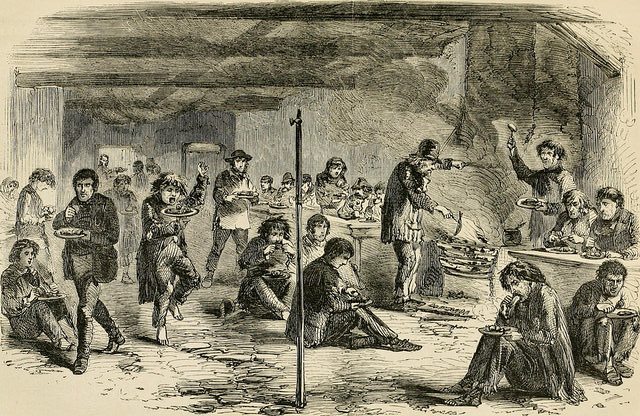 A common lodging house.
Image from 'London labour and the London poor' by Henry Mayhew, 1861. Courtesy of British Library on Flickr. NKCR

A look at an attempts to provide decent lodgings for vagrants.

When researching your family history you may come across references in the UK census returns, directories and other archive material to your ancestor living a Model Lodging House. These were clearly lodging houses, but why use of the word Model?

During the 19th century, Britain was undergoing tremendous social change caused by the industrial revolution, the growth of the railways, and the rapid expansion of population. There was a large migration of people from the countryside to the towns and cities seeking better wages and living conditions, with the industrial towns of the north and London among the most attractive.

In reality what many of these migrants found was over-crowded, squalid, unhealthy and miserable housing. Many of them lived in common lodging houses which had been established by unscrupulous landlords and speculators for "transient, migratory people". They crammed many individuals into a very small room, often sharing beds or sleeping upright on benches. No one had any privacy.

Many of the lodging houses were 2 or 3 houses joined together but with only one toilet and no washroom or other facilities. These unsanitary conditions opened the way for cholera and other fearful diseases which caused death and misery for all, especially the youngest. They were also seen by the police as havens for criminals.

It was recognised that these lodging houses must be replaced with better accommodation. By the early 1840s a movement was underway involving churches, charities, and concerned individuals, including Prince Albert, who were keen to build new and improved lodging houses. Apart from the aim of improving cleanliness and stopping disease, the supervision of the morals of the inmates was also high on the agenda with houses specifically designated for only men, women, or families. As examples of what should be aimed for, they were described as Model Lodging Houses, this also separated them from the common lodging houses.

One of the first to open in 1846 was a lodging house in St Giles's, then a notorious slum area of London. Owned by the Society for the Improvement of the Labouring Classes it provided accommodation for 100 men each of whom would have their own bed in a cubicle, access to a kitchen, a common-room, wash-rooms and toilets. At 4 pence a night, it was cheaper than many of the other common lodging houses in the area. 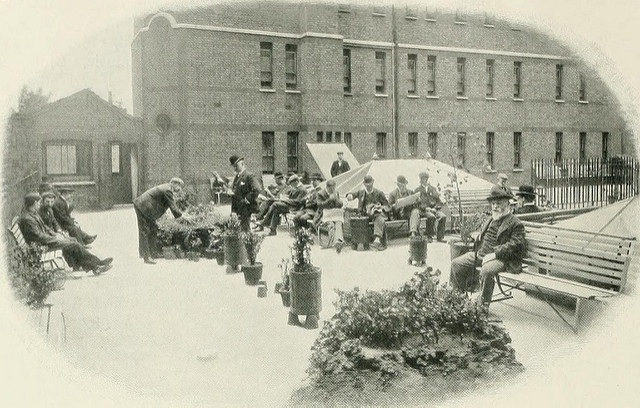 Caption: A Rowton House courtyard. London's Model Lodging Houses.
Image from 'Living London; its work and its play, its humour and and its pathos, its sights and its scenes', 1902. Courtesy of University of California Libraries on Flickr. NKCR

Legislation followed shortly after. In 1851, Lord Shaftsbury championed a law for the supervision of the lodging houses: The Common Lodging House Act. Lodging houses had to be registered. Police could enter and inspect the sanitary condition of lodging house and number of lodgers therein, and check that sexes were not mixing, apart from those who were married. Also enacted was the Labouring Classes Lodging Houses Act which encouraged local authorities to establish lodging houses.

There were many critics of the model and doubts as to whether they were successful, but Model Lodging Houses were built in many of Britain's cities throughout the rest of the century.

For details of the Common Lodging House Act 1851 see Lending a hand: or, Help for the working classes on Google Books.