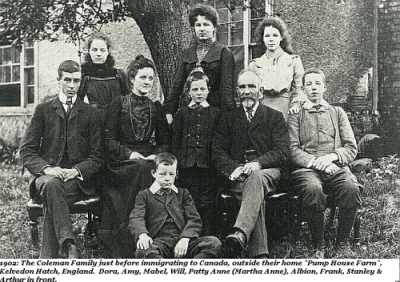 Researching your ancestors' movements around the world.

In this article we look at the various records relating to Immigration and Emigration for the United Kingdom.

Unfortunately, historic records for United Kingdom passports are patchy. Few original passports survive and most records are indexes or registers of names and passport numbers.

On Find My Past there are the Registers of British Passport Applicants from 1851 to 1856, 1858 to 1862, and 1874 to 1903. These are from the National Archives series title FO 611. The registers do not provide travel details, merely that a passport was issued. Searchable by name (and year issue if possible).

The National Archives website provides details of other passport applications and applicants in their archives - some online, others held at Kew.

Millions of people left the UK's shores to seek out a new life, particularly in Australia, Canada, New Zealand, India and the United States. Apart from searching the census returns from some of these countries on Ancestry, you can also try the national libraries archives of the respective country.

On Find My Past and Ancestry there is The National Archives United Kingdom's Outward Passenger Lists covering 1890 to 1960 (series title BT27). The information contained is varied including name, year of birth, departure port, ship's name and destination or intermediate stopping off ports.

Here are some useful overseas libraries and other archives for records of immigrants from the UK.

For those settling in the UK or returning from a failed attempt at settling in a new country, an important database is The National Archives UK Incoming Passenger Lists, 1878-1960 now on Ancestry.co.uk. The database is an index to the Board of Trade's passenger lists of ships arriving in the United Kingdom from foreign ports outside of Europe and the Mediterranean from 1878-1888 and 1890-1960. Information listed on the passenger lists may include: name of passenger, their birth date or age, port of departure, port of arrival, date of arrival, and vessel name. Some may also include their proposed address in the UK, occupation and country of last residence.

Also on Ancestry, for England there is Alien Arrivals 1810-1811 and 1826-1869 (non-British citizens). Information listed on the records generally includes: name of alien, port and date of arrival, ship, country of origin, age, and profession. For the UK the Aliens Entry Books 1794-1921. This consists of correspondence and other documents relating to aliens and naturalizations from the Home Office and the Aliens Office covering the years 1794 to 1921.

Every journey has two ends: using passenger lists, looks at using both arrival and departure records when searching for details of your migrant ancestors; and demonstrates how the shortcomings of content, indexing and accessibility can be minimised.

Emigration records looks at the reasons for emigration and sources including outgoing passenger lists and passport records.