Where did HG Wells get his idea for War of the Worlds? 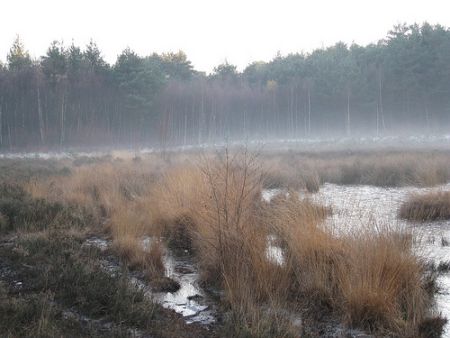 Horsell Common where Wells had the idea for his story,
and later the site of the landing of the Martians.
Image courtesy of Kai Hendry at Flickr CC-BY

The inspirations for the invaders from Mars.

In 1898 one of the most famous science fiction books was published: War of the Worlds.

Written by the English author Herbert George Wells (1866-1946), better known as H.G. Wells, the book has never been out of print and has spawned with numerous copy-cats in literature, films, and even music.

The book tells the story of the invasion of earth by Martians using virtually unstoppable machines armed with heat rays and chemical weapons. When all defences are crushed the Martians finally succumb to earth's bacteria and die.

The story was originally published serial form in Pearson's Magazine, and a short time later, Wells added a number of chapters and ideas to create the book.

The book opens with one of the classic opening sentences of science fiction literature:

"No one would have believed in the last years of the nineteenth century that this world was being watched keenly and closely by intelligences greater than man's and yet as mortal as his own; that as men busied themselves about their various concerns they were scrutinised and studied, perhaps almost as narrowly as a man with a microscope might scrutinise transient creatures that swarm and multiply in a drop of water."

But where did Wells get the idea for this story? It seems that it was a combination of several sources.

Interviewed in January 1898, he revealed that on a walk with his brother some years earlier they had been discussing the effect of an artillery bombardment on a village in 'South Seas'. "How would it be with us" he said, "if some creatures of a vastly superior power came down upon us and behaved like a drunken man-of-war's crew let loose among gentle savages?"

Some time later he thought of what would happen if London became depopulated, and almost at the same he read what he called a "wild whirling book": 'A Sensational Trance' by Forbes Dawson, in which this theme was explored. He mulled over how London would become empty. Pestilence? He dismissed this and then recalled his brother's suggestion. An over-powering force which caused London to be evacuated. 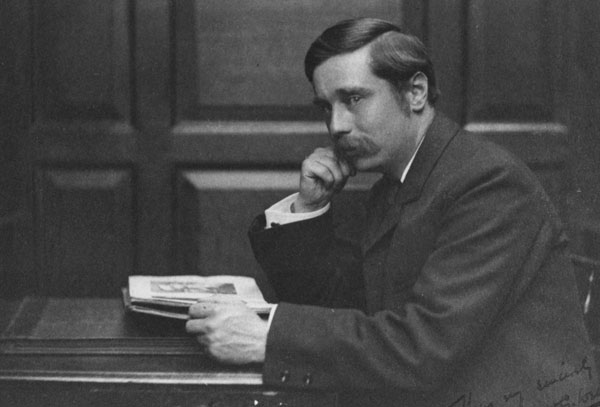 Shortly after this, during a walk on nearby Horsell Common near his home in Woking, Surrey, "there came to me suddenly a vivid picture, clean into my head, of the invaders just arrived in one of those inter-planetary cylinders which I borrowed from their inventor, Jules Verne."

For him, Mars was the obvious choice as it was the only planet like Earth. He acknowledged that the evolutionary process would make the Martians different, so he did not make them human. Finally, the heat-ray was used by Archimedes, and chemical black smoke was an old idea of Wells'.

So the ideas for the book was born. Asked if humans would ever develop into creatures like the Martians, Wells speculated that perhaps big-brained, big-headed, small bodied people would develop in the course of time.

Interview appears in The Daily News, London, 26 January 1898, on the British Newspaper Archive