The early history of Harrods 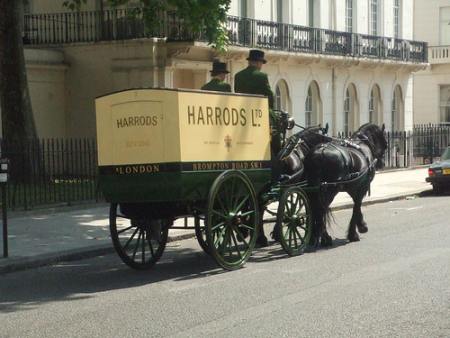 The foundation of the great department store.

Harrods is a world famous department store is owned by Qatar Holdings, part of the Qatar Investment Authority, the state's sovereign wealth fund.

The store occupies seven floors and has 330 departments which together cover over 90,000 square meters. With its renowned food hall, luxury goods for discerning and prestigious customers, and its unique green bags, the store is visited by millions of people every year. A far cry from its early humble beginnings.

Charles Henry Harrod was born in Essex in 1799. Little is known about his early life. By 1834 he was a tea dealer in Whitechapel, London, and in 1849 ran a successful wholesale tea dealers in Eastcheap. In the same year he established a small grocery business selling tea, coffee and groceries at 8 Middle Queen's Buildings in Knightsbridge. In 1861 he sold the shop to his son, Charles Digby Harrod, but still worked in the shop until 1864.

Consisting of one room, this shop address later became 105 Brompton Road. At this time this area of Knightsbridge was under redevelopment and attracting wealthy people into the area. The Harrod's tapped into the requirements of this wealthier clientele, and by novel marketing, providing quality goods and service, the business expanded.

The store expanded into two neighbouring premises, 101 and 103 Brompton Road; and on land behind, they built a warehouse. In 1873 the name 'Harrod's Store' appeared at the front of the shop. By 1883 the store had six departments over five floors, and over 200 assistants.

Both senior and junior Harrod's had laid the foundations of what would become a important London department store, but son Charles would have to face one big challenge. The destruction of the shop by fire.

At 1 am on 7 December 1883, just three weeks before the busy Christmas period, a fire started in the shop. Several fire engines attended but they were unable to prevent to store being completely gutted and neighbouring properties damaged. Fortunately Harrod was fully insured.

SERIOUS FIRES IN LONDON.
Two serious fires occurred in London daring the night [the second] proved to be the premises of Mr. Charles Digby Harrod, who has an extensive business as general dealer and grocer at 101, 103, and 105, Brompton-Road. The fire was discovered by a policeman shortly before one o'clock this morning; but, owing to the inflammable nature of the stock, the flames spread so rapidly that the buildings, which were of four floors, were burnt out, notwithstanding that a large number of steam-engines, manuals, and stand pipes were brought to bear upon it.

The back of the adjoining premises, Nos. 107 and 109, were also partly burned out; and in Queen's-Gardens, which adjoin No.109, some stabling was destroyed, but the horses were got out before the flames had reached there. At the back of Mr. Harrcd's premises arc cottages occupied by the poorer class of people, who hastily removed their furniture; but the damage done to these houses was not great. The fire continued to burn for some hours, but had been well got under by three o'clock.
St James's Gazette - Friday 07 December 1883, on the British Newspaper Archive 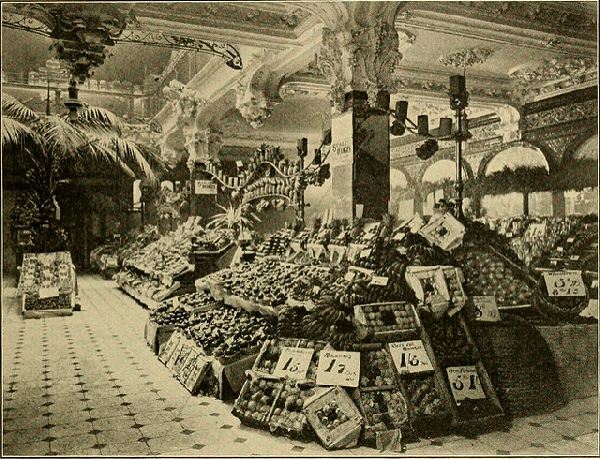 Harrod immediately gave notice in the newspapers that he intended to carry on business and to temporarily relocate to nearby Humphrey's Hall, in Knightsbridge. This swift action to ensure that customers were not inconvenienced over the Christmas period no doubt helped him retain his customers until the new store was built.

The new store was opened in September 1884. In 1889, Harrod decided it was time to retire from the grocery business, and after the store became a limited company, he sold it. The reputation of the store was such, that name of Harrod was kept.