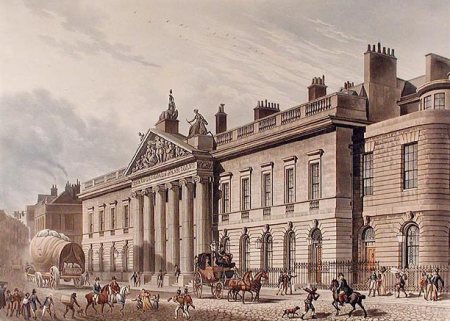 'Going for a curry' is older than you think. Even an Indian take-away could be ordered.

Indian food is now one of the UK's favourite foods but many people mistakenly think that Indian restaurants are a recent addition to the nation's high streets with them dating from the 1960s and 70s.

The UK's taste for spicy Indian foods goes back to the very first days of trading with India when merchants of the East India Company acquired a taste for the food while living in India during the 18th century. When they returned home, to indulge their taste for spicy foods many bought back with them an Indian chef and the necessary spices to make their own food.

Some coffee houses had catered for these tastes by serving curry dishes, but they were not uniquely Indian restaurants.

Hoping to cater for these tastes in Indian food, in 1810 Saik Deen Mahomad Sake Dean Mahomed, a Bengali, opened in London the Hindostanee Dinner and Hooka Smoking Club and later the Hindostanee Coffee-House which offered 'Indian dishes, in the highest perfection'. He even offered to have dishes delivered to his customers' houses. 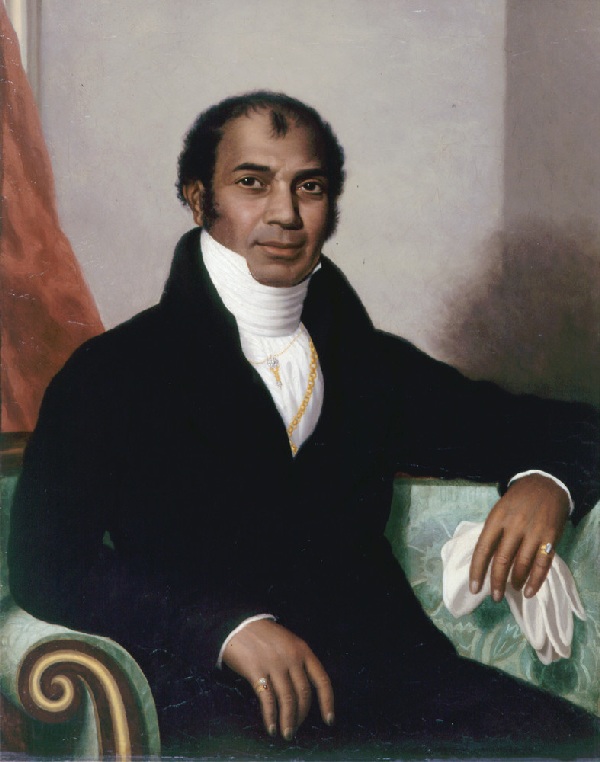 Mahomed already had experienced an interesting life. Born in Bengal in 1759, he joined the Bengal Army at the age of 10 and trained as a surgeon. He later emigrated to Ireland and eloped with and then married an Irish woman.

By 1809 he had arrived in London and saw that there was a demand for Indian food among the former members of the East Indian Company - the 'Indian Gentlemen' as he described them. He found suitable premises just of Portman Square in a fashionable area of London. The premises were suitably decorated and equipped. He then announced its opening to the public in the press.

Saik Deen Mahomad, manufacturer of the real currie powder, takes the earliest opportunity to inform the nobility and gentry, that he has, under the patronage of the first men of quality who have resided in India, established at his house, 34 George Street, Portman-Square, the Hindostanee Dinner and Hooka Smoking Club. Apartments are fitted up for their entertainment in the Eastern style, where dinners, composed of genuine Hindostanee dishes, are served up at the shortest notice; ... Such ladies and gentlemen as may desirous of having India Dinners dressed and sent to their own houses will be punctually attended to by giving previous notice...
The Morning Post 2 February 1810 on the British Newspaper Archive

Hindostanee Coffee-House, No. 34 George-street, Portman square-Mahomed, East-Indian, informs the Nobility and Gentry, he has fitted up the above house, neatly and elegantly, for the entertainment of Indian gentlemen, where they may enjoy the Hoakha, with real Chilm tobacco, and Indian dishes, in the highest perfection, and allowed by the greatest epicures to be unequalled to any curries ever made in England with choice wines, and every accommodation, and now looks up to them for their future patronage and support, and gratefully acknowledges himself indebted for their former favours, and trusts it will merit the highest satisfaction when made known to the public
The Times, 27 March 1811.

Unfortunately, the business start-up costs and running costs did not match the restaurant's income, and within a couple of years Mahomed had filed for bankruptcy and the business closed. 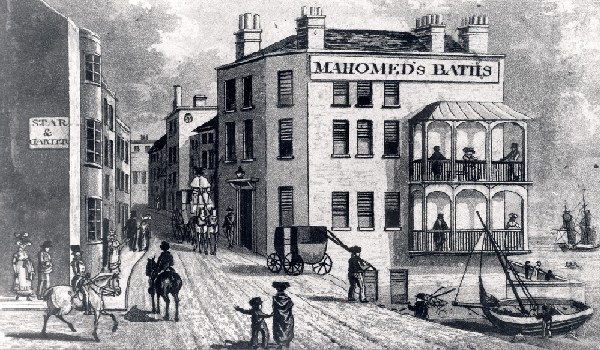 He later moved to Brighton where he established a successful vapour masseur bath. He became popular in the local society and business community and joined the Masons [1]. He died in Brighton in 1851.

[1] Archives of the Royal Clarence Lodge, United Grand Lodge of England, 1826, on Ancestry.co.uk.