The frustrations of a Census Enumerator 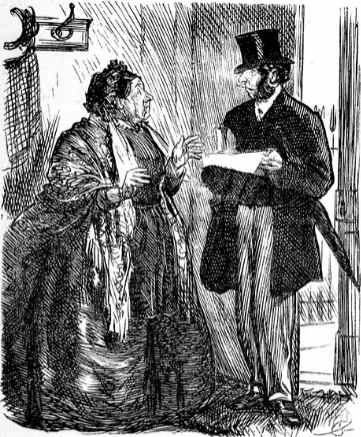 Caption: A case of census conscience.
Image from Punch, courtesy of Wellcome Library, London CC by 4.0

A poem about their task and of the people they met

Being a Census Enumerator was a challenging job judging by this poem which appeared in the 16th April 1884 edition of Moonshine.

The author wittily reveals the frustrations of their task and touches on many aspects of the census which we family tree researchers find so annoying when we come to make sense of the census returns: handwriting, places names, occupations, ages, etc.

The census may be good and right
and useful to the human natur'
But I can swear there's no delight
In being an enumerator;
For up and down six blessed streets,
I've tramped it morning after morning,
And the reception that one meets
Should I serve as a most wholesome morning.

This house, their writing isn't plain;
That house, their language is exotic;
And some describe themselves as sane,
Who seem to me quite idiotic.
Towns such as countess never knew
Are given as the natal places;
While you're supposed to find what's true,
And to correct in faulty cases.

Then ladies of a certain age
Decline to make it clear by telling;
And others fly into a rage,
And oh, such awful slips and spelling!
And some deduce - in humour bold -
Their line from non-existent nations,
And state they've grown uncommon old
In most unheard of occupations.

Here, you perceive that you intrude;
And here, the party's an objector;
And here, they are positively rude -
They fancy you're the tax collector.
So what with humbug and rebuff,
And cutting many fruitless capers,
I have already had enough,
And cry - Confound these census papers!

For more information on the role of an Enumerator see our article on the Census Enumerator.