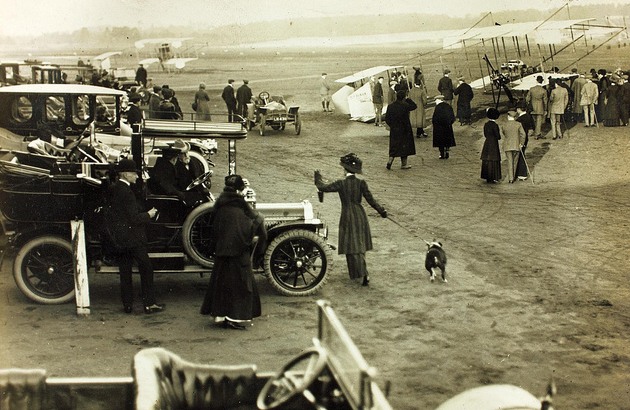 When pioneer pilots risked their lives for prizes.

In the early days of aviation before the First World War, the Daily Mail, a British newspaper, was keen to promote its paper and encourage the development of aviation so it sponsored a number of air races.

Air races were a novelty and each of the races were covered in great detail in its pages and by other newspapers. It must be remembered that at this time aircraft were still very new technology, and people were thrilled and fascinated by them.

They were also fascinated by the dangers involved. In 1912 The Times reported that in the previous year at least 74 pilots had died in Europe and America. A very high number considering how few aircraft there were.

In April 1910 there was a race from London to Manchester supervised by the officials of the Royal Aero Club. A prize of £10,000 was offered for the first complete flight between the two cities. Today that would be worth about £737,000 (retail price index calculation).

Grahame-White, an Englishman, failed in his first attempt. Five days later on 27 April he tried again, this time taking off a short time after Louis Paulhan, a Frenchman, who had also entered the contest.

Following a stop at Litchfield, the flight was completed by Louis Paulhan in 4 hours, 12 minutes. Grahame-White failed again on his second attempt. Both men were greeted with cheering crowds after the race, and when the winner returned to Paris he was given a hero's welcome. 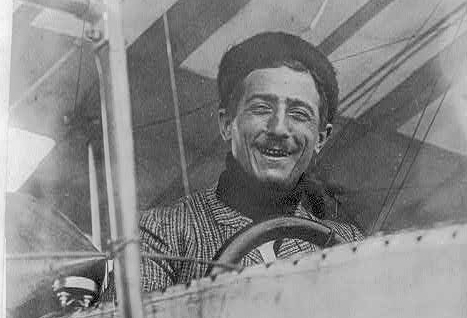 Another race organised by the Daily Mail in 1911 was the Circuit of Great Britain for £10,000. A total of 1,010 miles with compulsory stops. 21 competitors started and attempted to fly from Brooklands in Surrey, to Hendon in north London, and then onto Harrogate, Newcastle, Edinburgh, Stirling, Glasgow, Carlisle, Manchester, Bristol, Exeter, Salisbury Plain, Brighton and back to Brooklands. At each stop, crowds turned out to greet the competitors. The race was won by a Frenchman, Lieutenant Jean-Louis Conneau in 22 hours 28 minutes, and to rub salt into the wounds of the sponsors, a Frenchman came second, Jules Védrines, only one hour and nine minutes behind.

The winner had an audience with the King in Buckingham Palace the following day while some of the competitors were still struggling around the course. Fortunately, when the race finished no serious accidents had befallen the competitors.

Other sponsorships by the Daily Mail during this period can be seen in Flight Magazine archives on the Flightglobal website.