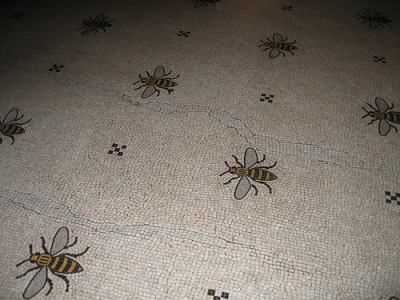 The nickname of a powerful and wealthy city.

Cottonopolis was a name given to the city of Manchester, England, famed as the world's first industrial city, and in the nineteenth century, the home of the cotton industry in Britain. It was also known as Cotton City.

The term was in general use by the early 1850s. The Manchester Times newspaper referred to "this blessed Cottonopolis of ours" [1]

The first textile mill was in built in Manchester in 1781 by Richard Arkwright. Within 100 years there were to be over 50 mills operating in the city. The huge growth of city and the foundation of its prosperity was the result of the coming together of a number of factors. The building of canals and later railways created a good transport system for the import and export of raw materials and manufactured goods. Plentiful water for the first water powered mills, and ample supplies of coal within easy reach. Finally, the genius and business acumen of inventors and businessmen of the time.

Manchester grew rapidly drawing in thousands of people from all over England. But the rapid urbanisation of the area brought its accompanying problems of over-crowding and poor housing.

Huge mills were constructed and advances in technology meant many of the processes became mechanised. Some of the mills were even connected by underground tunnels and rail tracks. Cotton became king with raw cotton being imported and cotton products exported.

Other industries in textile manufacturing also sprang up and an engineering industry to support and supply the mills. Huge warehouses were constructed to store the goods ready for their use or export. 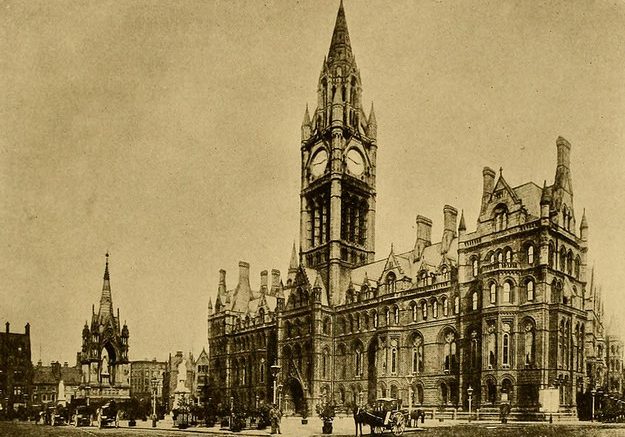 Manchester achieved city status in 1853. The wealth and confidence of the Victorian city is revealed in Manchester Town Hall. Well worth a visit if you're in the area. Finished in 1887 and costing of £1 million, this neo-Gothic building was designed by Alfred Waterhouse. It is richly decorated incorporating many symbols and images referring to Manchester's industries, history and status. The mosaic floors have 'bees' to represent Manchester's busy industry, while the wall murals by Ford Madox Brown show scenes from Manchester's history.