What were Church Briefs? 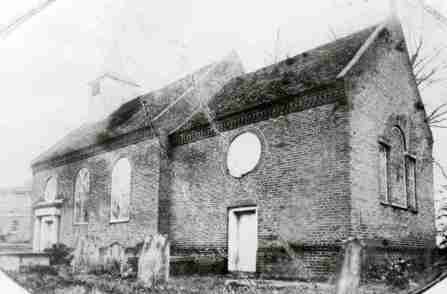 In 1753 money raised through a church brief went towards the rebuilding of St Nicholas' Church, Kelvedon Hatch

How money was raised for rebuilding a church or freeing captured slaves.

Before the introduction of fire insurance, if a church or chapel in England was burnt down or damaged by fire then the rector, churchwardens and parishioners were reliant on voluntary donations to repair the church. The same applied to churches that were in a poor structural condition and required rebuilding or extensive repairs. For a small parish this was a tremendous challenge.

One recourse was to apply to the monarch requesting them to authorise the issue of an appeal for donations. Their origin lies in medieval Pre-Reformation briefs issued by the Pope for the raising of money for the Crusades and the rebuilding of churches. After the Reformation the Crown replaced the Pope.

Consent to make the appeal was authorised by the Crown in a Letters Patent. The appeal would to be read out in churches within a particular county or area. The Book of Common Prayer of 1662 gave instructions when in the service the brief was to be read. "And then also (if occasion be) shall notice be given of the Communion; and Briefs, Citations, and Excommunications read."

The churchwardens would then take the collection. "Please remember the brief" would be their cry. House to house collections in the parish would also be carried out if authorised on the brief. 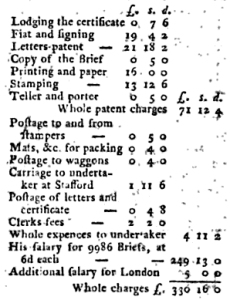 Apart from appeals for the rebuilding and repair of churches, in the 17th century there were appeals for the wives and families of those held captive as slaves by Turkish or Barbary pirates, sufferings after disasters caused by storms, and assistance for persecuted Protestants in France.

The collected money would then be forwarded as instructed on the brief or handed to the Bishop of the Diocese on his next inspection visit.

Some in the congregation wearied over the number of briefs being issued. Samuel Pepys wrote "To church, where we observe the trade of briefs is come now up to so constant a course every Sunday, that we resolve to give no more to them."

The system was open to abuse. Some forged the Letters Patent and there was evidence of corruption and money going missing. An Act introduced during Queen Anne's reign tried to tighten up the procedures: 4 Anne c.14.

But the biggest problem was found to be the administration costs. The costs involved in collecting the money far outweighed the amount collected. Making the application, cost of the letters patent, printing the notices, salaries, distribution, and collection. One example examined by Parliament found that of £549 collected, only £124 went to the appealing church.

This, and the availability of fire insurance and a society formed to raise money for church rebuilding ultimately led to the abolishing of briefs in 1828. (9 Geo. IV, c. 28.)