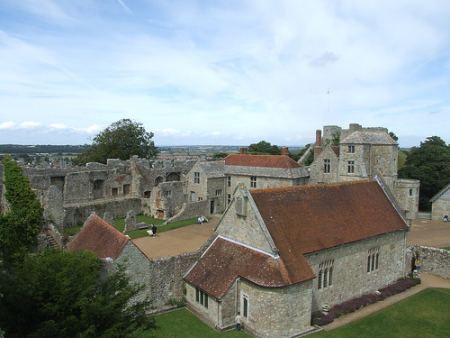 The impressive castle on the Isle of Wight.

Carisbrooke Castle is located on the Isle of Wight just off the south coast of England. The castle was the official residence of the Governor of the Island, and during the English Civil War it was used by the Parliamentarians as a prison to hold King Charles I.

The castle is now under the guardianship of English Heritage and a visit to the castle is recommended for all the family.

The first thing that strikes you are the impressive Norman earthworks from the 11th century which are the foundations of a later curtain wall. You can walk around the battlements of the entire wall which gives commanding views across the countryside. The shell keep at the top of the Norman motte also provides some far-reaching views, although it is not for the fainthearted as the steps are very steep.

Evidence of Roman and Saxons occupation has been found in the castle grounds, but the majority of the buildings in the castle are from the 14th, 15th and 16th centuries. These include the Great Hall where Charles I was held. There is a reconstruction of his bedroom and you can see the window through which he tried to escape, but unfortunately became stuck in the window bars. The hall also contains a museum which is well set out providing easily accessible information on the castle's lengthy history.

Late 16th century additions to castle included extensive bastions designed for artillery in case of invasion by the Spanish during Queen Elizabeth's reign. Now grassed over, they are a great place for a picnic. 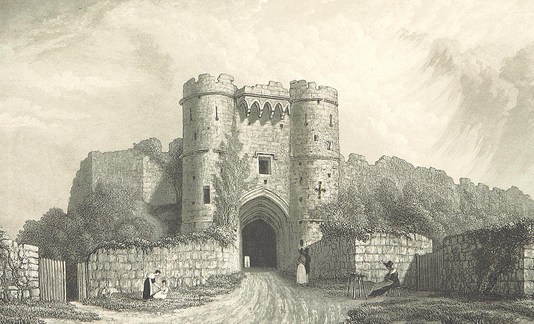 In the 18th and early 19th centuries the castle fell into disrepair. Parts of it was restored in the late 19th century by Princess Beatrice, Queen Victoria's youngest daughter, who used it as her summer home.

Children will find the donkeys of Carisbrooke Castle of great interest. In previous centuries, water for the castle's occupants were drawn from a well which was over 150 feet deep. To raise the water, two donkeys were used to power a draw-wheel. The donkeys walked an equivalent of about 270 metres to raise one bucket of water. Use of the donkeys for everyday water consumption stopped when the castle lost its defensive role.

When the castle was restored in the 19th century, the equipment was renewed and since then the donkeys have been raising the water for the benefit of watching visitors. English Heritage are keen to say that the donkeys enjoy the exercise and are never over-worked.

If your children love castles, then Carisbrooke will certainly appeal to their imagination.