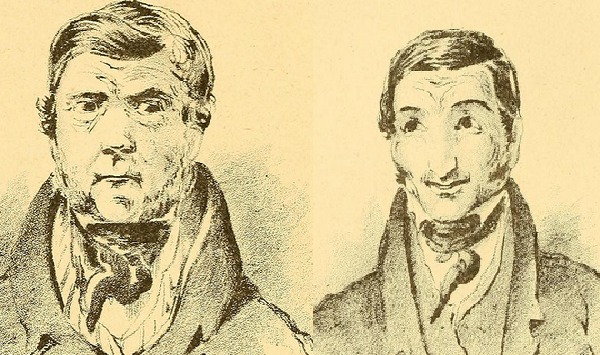 Burke and Hare: infamous body snatchers - but there were others.
From a 1884 book 'The history of Burke and Hare and of the resurrectionist times'
Image courtesy of Francis A. Countway Library of Medicine on Flickr NKCR

A gruesome story of body snatching at Little Leighs, Essex.

He had been arrested shortly after her body had been found in a nearby field. The Times noted that "the prisoner's pallad and otherways unhealthy appearance [...] would alone lead us to suspect that his avocations called him abroad at an hour 'when churchyards yawn and graves give up their dead' ".

It was suspected that the metropolis burial grounds were so well guarded that this had driven those who committed this crime to the country areas. 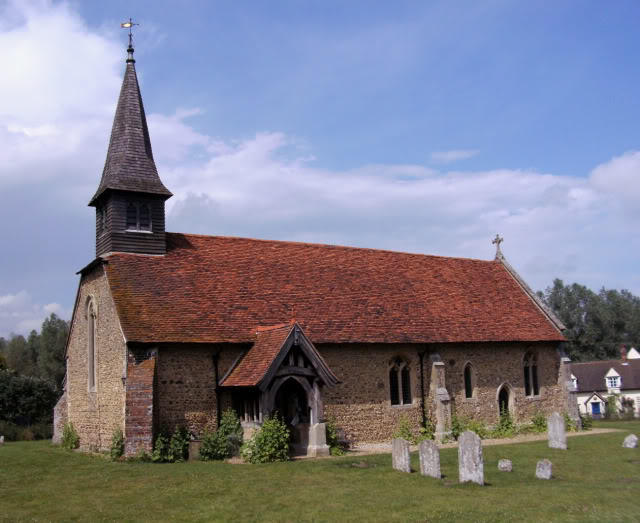 The court heard that a passer by, C.Rogers of Felsted, discovered an abandoned horse and cart near the turnpike at Little Leighs. He discussed the find with Mr Redwood, the turnpikeman, and they decided to lodge the horse and cart at the Castle Public-House.

A short while later Clark approached the licensee, Mr Crisp, and stated he owned the cart. He explained he had drunk too much the night before and had decided to tie up the horse and sleep off the drink in a nearby field. By confirming the contents of the cart he persuaded Crisp that it indeed belonged to him. Clark then went off, but remained in the area, obviously, it was later realised, with intent to recover the body.

Clark's actions had aroused some suspicions and Robert Broomfield, the local blacksmith, looked in the fields near to where the cart was found and discovered a shovel and then, much to his alarm, a brace of loaded pistols in a sack. He sought the assistance of the field owner, Mr Simmons. Together they resumed searching and it was then that they found a most gruesome discovery: a female's body.

Naturally alarmed by this, he went to find help. His route took him through the churchyard where he noticed a disturbed grave and clothes spread about. The truth was then realised: that the body of Joanna Chennery (Chenery or Chinnery), wife of James, who had been buried the previous Sunday, was the body on the field.

Later investigations found that he had been seen before acting suspiciously in the area with another man. Because of this, other graves were checked at Little Leighs and two were found to have been disturbed. On inspection, the bodies of Abraham Leeder and female named Knight were found to be missing from their coffins.

Clark appeared at the Essex Assizes and was found guilty. He was sentenced to be transported for seven years.

Read of how some people attempted to stop body snatchers with a Mortsafe.