The connection between Bedlam and the Imperial War Museum 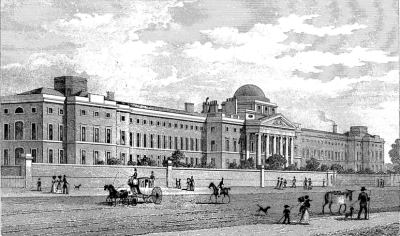 Perhaps some would say war is bedlam.

By Bedlam we do not mean the noise and carnage of war, but the famous Bethlem Royal Hospital for treatment of mental illness, better known since at least the 16th century as Bedlam. A hospital which in the 17th and 18th century was the only public institution for those with mental illnesses and where sightseers could come and stare at the behaviour of the inmates.

The Bethlem Royal Hospital was founded in 1247 in London and later became associated with the treatment of mental illness. It has moved premises on no less than four occasions.

First founded on the site now occupied by Liverpool Street Station, London; it then moved to nearby Moorgate, and in 1815, to a newly constructed building in St George's Fields, Southwark, where it remained until 1930. It was extended in 1835 and 1844-46.

The building consisted of a central administration block and two separate wings for males and females. For a period of time the hospital also incorporated the State Criminal Lunatic Asylum before it was transferred to the newly constructed Broadmoor Hospital in Berkshire.

During this time patients admitted included the painter, Richard Dadd, who stabbed and murdered his father; Louis Wain, famous for his cat paintings; and Augustus Pugin, most famous as the interior designer of the new Houses of Parliament. 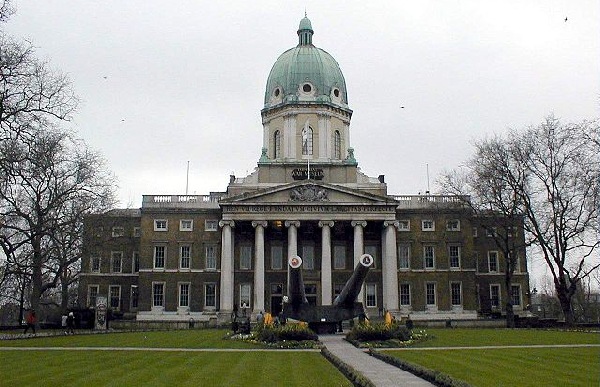 In July 1930, a new Bethlem Hospital was opened at its present location in Beckenham in Kent. The vacant former hospital building was quickly identified as a possible new site for the Imperial War Musuem, and in 1936 following demolition of part of the old hospital, the former central administration block of the hospital became home to the Imperial War Museum.