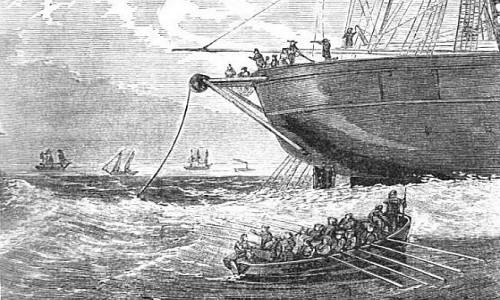 What were the first telegraph messages sent across the Atlantic Ocean?

The laying of the telegraph cable under the Atlantic Ocean to connect America with Europe was beset with technological and mechanical problems.

The first attempt was made in August 1857 by the Atlantic Telegraph Company. Both Ireland and Newfoundland had already been connected by cable from London and New York respectively, so the next step was across the Atlantic.

The ship carrying the cable left Valentia Bay, Ireland, but after 334 miles the cable parted on board and after attempts to locate it by grappling, only the first 50 miles of the cable could be recovered. The project was abandoned until the following year.

The next attempt was made in June 1858. Two ships, the British ship Agamemnon and the American ship Niagara, met in mid-Atlantic, they spliced the cable and began to lay it out as they steamed towards their respective countries. The cable broke twice, and after the second break they had to refuel.

On 29 July once again they met in mid-Atlantic and spliced the cable, then set off for their destinations. Agamemnon arrived in Valentia Bay after 813 nautical miles, and Niagara in Newfoundland after 882 nautical miles. The cable was then attached to the respective apparatus. The cable extended for 2,050 nautical miles. 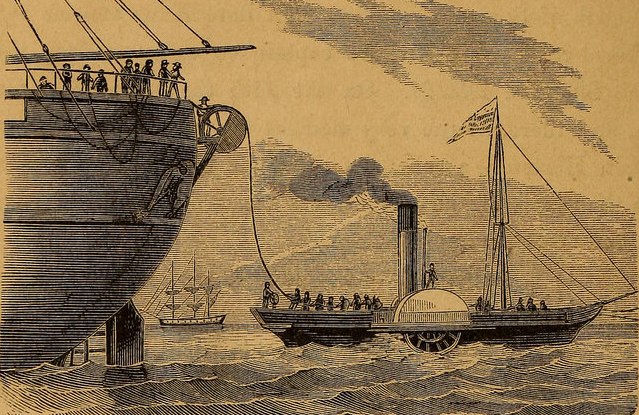 Between 10 and 16 August the cable was tested and letters of the alphabet and short messages were sent back and forth. But there were problems with the speed and strength of the signals as both sets of engineers struggled to set the apparatus, neither knowing how the other were exactly setting their apparatus. The rate of sending a signal was very slow and signals crossed each other, were not received, or became unintelligible.

Meanwhile the directors of the company were becoming increasingly frustrated by the delays. On 14 August, Newfoundland sent this message, but the effort was wasted. It was unintelligible = not surprising considering the length of it.

"Newfoundland Saturday. Saward - E. M. Archibald, New York, telegraphs, instructed by Honourable Directors Atlantic Telegraph Company, and Directors New York, Newfoundland and London Telegraph Company, to state that unexplained delay injuries interests both companies. I replied - cause not passing messages - that instruments require great care and adjustments. Doing fast possible. You should not look on cable as on ordinary short line, as we encounter many little difficulties, but think all soon overcome."

After more testing, on 16 August it was thought that official messages could now be sent. The following message was successfully sent and received both ways.

"Directors of Atlantic Telegraph Company, Great Britain, to Directors in America:- Europe and America are united by telegraph. Glory to God in the highest; on earth peace and good will towards men."

Later that day, and repeated the next day, a message was sent from Queen Victoria to James Buchanan, the President of the United States. This, and later wordy message of congratulations, caused great problems to the operators because of their length.

On the 19th a message was sent from Newfoundland to Cunard in Liverpool concerning one of their ships involved in an collision, and later that day, a message from the President of the United States was successfully sent to Queen Victoria. Later messages were exchanged between the Mayors of New York and London.

The value of the telegraph proved itself on 31 August when the British Government sent a message to General Trollope in Halifax, Nova Scotia, to the effect that a regiment of the British army was not to return to Britain. It was estimated that this saved the government £50,000 in shipment and transportation of troops.

In both countries there were great celebrations over the success of the cable laying and the establishment of communication between the two countries. But this was short lived. In early September the cable failed and it could not be repaired.

Several more attempts were made to lay new cables, but it was not until 1866 that an improved cable and apparatus was successfully working. America and Europe were now permanently connected by telegraph and the speed of news now reduced from weeks to hours.

Cross section of the later and more succesful 1866 telegraph cable.
Image courtesy of The Library of Congress on Flickr NKCR