A churchman in the family? A look at the various records to find out about their career.

This article is about tracing Anglican clergy, that is Church of England ministers, not Roman Catholic or Non-Conformists.

Because of their position in society, records about clergymen are more easily found than, let us say, farm labourers.

Ideally you need to have their full name, the name of at least one parish were they served, or the diocese where they were ordained. As with any other ancestor, the further you go back the fewer the records.

Like every other person, Clergymen appear on birth, death and marriage registrations, and on the census returns.

The vast majority would have an entry in Crockford's Clerical Directory. Published annually this was a directory of the Clergy of the Church of England, the Church in Wales, the Scottish Episcopal Church, the Church of Ireland. It was published from 1858.

Often the entry is very detailed, revealing their university education, where they were ordained and their career to date. It does not contain personal family information.

One very useful website is The Clergy of the Church of England Database which covers the period 1540-1835. It is still being added to. The database is a compilation of information from many different archives and records. 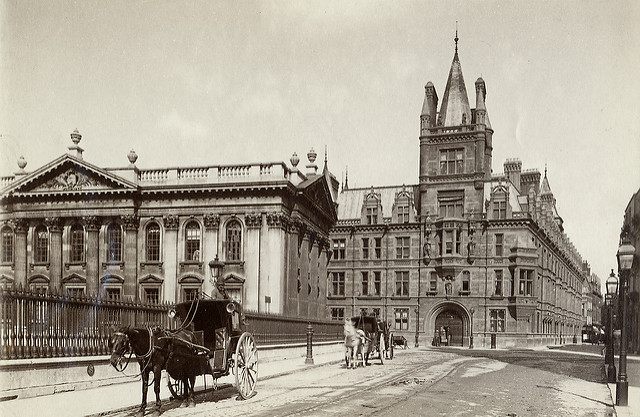 Many clergymen received their education at Cambridge University
Image courtesy of Swedish National Heritage Board on Flickr. NKCR

Offline, it is reported elsewhere that the archivist at Lambeth Palace is willing to carry searches of their collection of Crockfords (there's no mention of this on their website). See link further below.

County and trade directories in their description of each town or village will list principal members of the community so invariably the vicar's or rector's name appears and some information about their vicarge and the church.

Newspapers widely reported appointments, obituaries and other news about clergymen. Also the London Gazette is another source of official announcements.

Local Record Offices have all types of local records in which clergymen will appear.