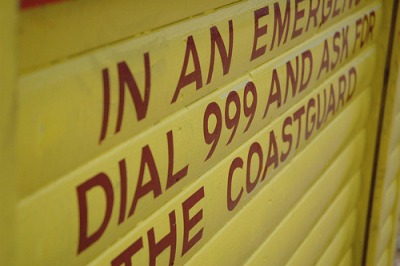 When 999 emergency calls were introduced.

In the UK the facility to dial 999 to make an emergency call to the police, fire or ambulance, was introduced on 1st June 1937, [1], at first in the London area, and then gradually through rest of country as automatic dialling exchanges were introduced. It was described in the press as the 'telephone users S.O.S.'

Before its introduction to make a telephone call for help you either dialled the number of the fire, police or ambulance station directly, or dialled '0' for the operator at the telephone exchange. There were many complaints of waiting up to 15 minutes before an operator would answer the call. A fire in Wimpole Street, London, in 1935, in which five people died, spot-lighted the problems with telephone operators answering emergency calls in a swift manner.

It was recognised that there had to be a way of prioritising emergency calls. The G.P.O. (General Post Office) tested various ways to implement an emergency signalling system either by dialling certain numbers or a special button on each telephone. Ultimately the decision was to dial the numbers 999.

The call would go to a telephone exchange where an alarm would sound and a warning light would flash alerting the operator to the emergency call. They were instructed to answer: 'Emergency - which service, please?' The caller was expected then to ask for Fire, Police, or Ambulance. The operator would then put the call through to the appropriate emergency service.

Within days of the system being operational, one of the earliest emergency calls resulted in the arrest of a Thomas Duffy, a burglar who was breaking into a house in Hampstead at 4.20 in the morning. The householder disturbed him and called the police at Scotland Yard by dialling 999. The householder told the magistrates' court that he was very impressed by the new system as the police arrested the burglar within 5 minutes of the call being made.

In the first week of the system operating, The Times newspaper reported that 1,336 calls had been made on the special number: 1073 were genuine, 171 misused the system, and there were 92 'curiosity calls'.